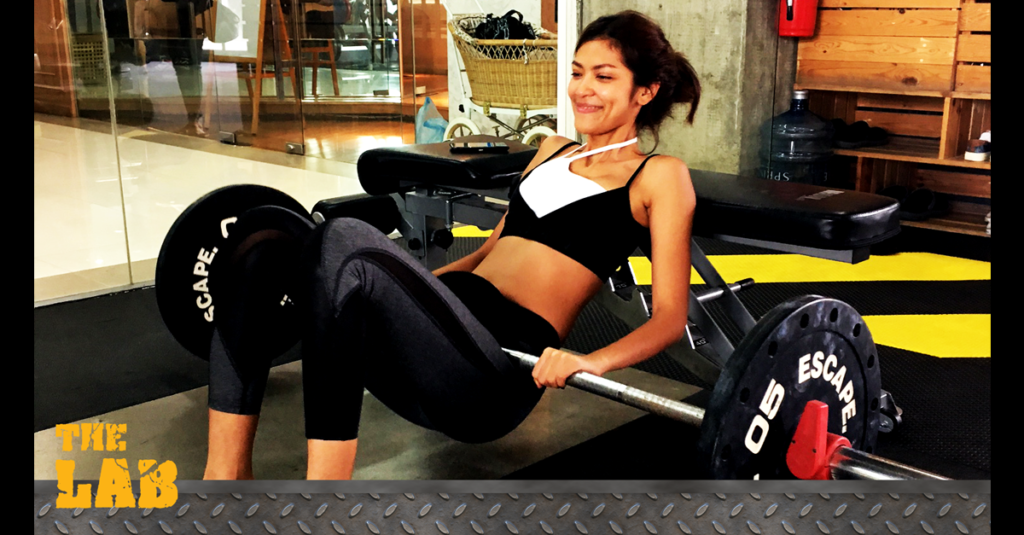 Is it just us or is everyone obsessed/snapping pics of themselves and or won’t stop extolling the virtues of the almighty hip thrust. It seems like social media hype about this exercise is at an all time high.

Sure, we all know about the squat, deadlift and split squat but what’s all this new hip thrust hype? Is it even new, or are we plebes just catching on?

Let’s face it, hip thrusts are an awkward looking movement, it confuses most other gym goers and, god forbid, you make eye contact with anyone during your reps.

Whatever happened to the good old’ squat?

Traditionally the train of thought for most gym goers is that the squat is the “King of Exercises” but the king of what exactly?

I’m not saying that you shouldn’t squat as the benefits have been proven time and time again to increase performance, health longevity and of course, aesthetic muscular response.

However, during recent EMG tests (electromyogram tests), where they read the output of muscle contractions during certain exercises, the squat has shown a higher response in the Vastus muscles of the upper lateral thighs more than the actual glutes themselves.

The glutes can give a huge benefit to the squat particularly when you are squatting low in full range of motion where the glutes are stretched to the max.

In contrast, another similar test was performed on a group of females and although the results weren’t prolific, they clearly showed more glute activation in the hip thrust than that of the squat.

The great news is that it seems that we are going full circle here! Is it then possible that the more glute activation you have, especially during this position when the glute length tension is at its fullest, means that it could actually improve your Squat game?

Therefore, it begs the question, with every squat, should there also be a hip thrust?

The Good & the Bad of the Hip Thrust:

Let’s regress a bit and talk about the hip thrust itself. It is exclusively a glute exercise. It improves speed, power, and overall strength by allowing peak hip extension. Glutes being one of the largest and most powerful muscles in your body, an underdeveloped glute compromises all those aforementioned perks of a strong bum.

Those other leg strength exercises: leg presses and squats, don’t seem to max out hip extension like hip thrusts do, or so they say.

SO — let’s get you hip thrusting safely and effectively with:

I also suggest you go back to the glute bridge and do what feels the best so you can maximize the lift that suits your body type.

The majority of research found on this topic have supported the same suggestions as mine. Biggest factors include not maximizing full range of motion, foot placement, etc.

Other things to note, as pointed out by Stack, included using weights that are too light. Here, the author points out that due to the innate strength of the glutes, you need to lift heavy in order to see significant results.

Moreover, another source Girls Gone Strong asserts that hip thrusts are the one exercise that can be helpful for women to increase bum size without increasing the size of their legs.

There does seem to be some opposition, however, particularly, to “the fitness trend of maximally-loaded barbell hip thrusts” as concluded by Sports and Speed. The backlash mainly seems to be focused on how this move can be detrimental to the lower back, shouldn’t be used as an overall measure of strength and how it can be a silly replacement to just sticking with its more spine-friendly and lower-intensity cousin, the glute bridge.

Final words on our love for the Hip Thrust

What we love the most about the Hip thrust is that it is a restorative exercise supplement as well as a performance training tool.

I have had everyone from my 67-year-old mum, who is scared to use the squat rack to triathlete’s struggling with lazy glute syndrome from lots of running and cycling, to models who want to build strength and produce rounder curves for lingerie jobs.

When done correctly hip thrusts are a safe and easy to use exercise that targets a massive muscle group, and if you’re a bit of a ‘sadist’ like me, gives you that incredible pump and butt burn like nothing else does! #satisfaction

For the fellas out there, if you’re stuck in the train of thought that this is a move just for the girls, then think again. Hip thrusts can increase your horizontal strength and power to supplement and simultaneously ignite your big lifts, as well as build strength to help ignite other areas of your life. 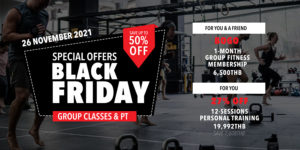 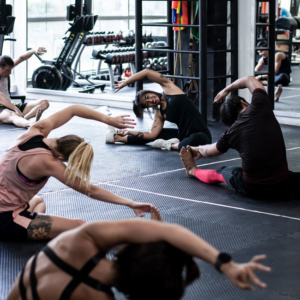 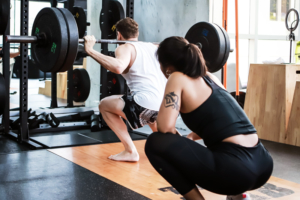 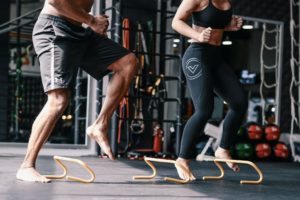 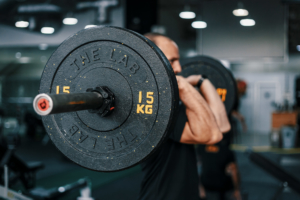